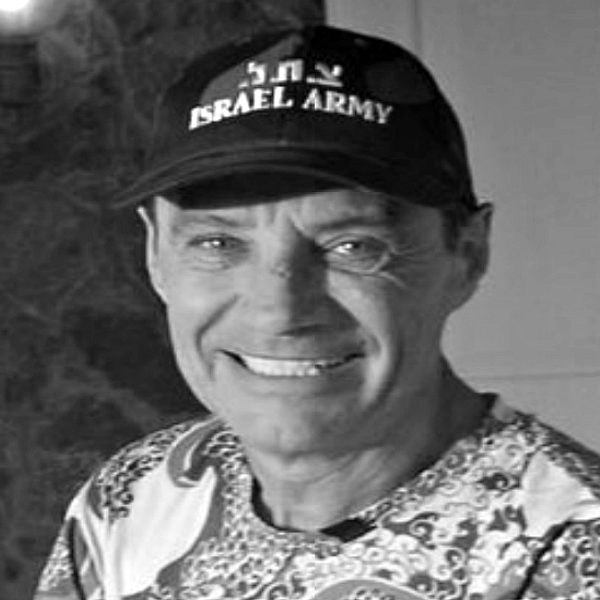 Jean-Luc Brunel (born Jean-Luc Benchamoul) is a French model scout and former modeling agency manager, and a close associate of Ghislaine Maxwell and Jeffrey Epstein. He led the modelling agency Karin Models, and founded MC2 Model Management, with financing by child trafficker Jeffrey Epstein, and which had offices in New York, Miami, and Tel Aviv. [1] Jean-Luc Brunel was known being the "son of a good family" of the beautiful Parisian districts and father was a high society Parisian real estate executive; their presence and identities have been scrubbed from the internet. Brunel was a “scouting tsunami” according to the MC2 Model Management website for his access to girls from South America and Eastern Europe and has a reputation as a cocaine addict who sexually assaulted child models. [2]

In 1977, Jean-Luc Brunel co-founded Karin Model Agency in Paris and rose to prominence during the 1980s as a model scout in Paris. He launched the careers of some of the most successful models of the era, such as Jerry Hall, Angie Everhart, Christy Turlington, Sharon Stone, and Christy Turlington. [3] Jean-Luc Brunel was a regular at prominent Parisian nightclubs such as Les Bains Douches nightclub “where young women who’ve starved themselves parade for Jean-Luc Brunel”, according to Desiree Gruber, a PR executive who was then a budding model. [4]

At Les Bains Douches young models often underage were introduced to drugs and alcohol and preyed upon by older and often influential men. It was a hunting ground for other predators such as Gerald Marie, Prince Albert of Monaco, Roman Polanski, and others. [5][6][7] After parties were hosted at Brunel’s home near the Karin headquarters on Avenue Hoche; the apartment housed a succession of younger women and girls, many of them children, who arrived from the US and elsewhere in Europe. The women and girls were expected to share bedrooms and to keep Brunel and his male friends company. Many report being drugged or raped by Brunel. [8] According to former model Courtney Soerensen of Karin Models, "There was a group of French businessmen, in their forties. It was with them that we had to have lunch.” "It had nothing to do with work. We were clearly expected to have sex with them." "a lot of people know this about Jean-Luc". [9]

In the 1980’s, Jean-Luc Brunel, and modeling agents Claude Haddad and Gérald Marie used to rape models as young as 15 years old. [10] "The photographer Alé de Basseville, who started at that time, says at 20 Minutes that several models told him they had been raped by Claude Haddad" In 1988, Jean-Luc Brunel was the subject of a 60 Minutes investigation where he has faced allegations of sexual assault spanning for over three decades.[11] 60 Minutes interviewed dozens of models who were sexually assaulted by Brunel and Haddad. At least five models said that Brunel and his friends had drugged and raped them.[12]

Jean-Luc and Arnaud Brunel, and Next Management Corporation

In the 1980’s Jean-Luc Brunel met Ghislaine Maxwell. She later introduced him to child trafficker Jeffrey Epstein. [20] Brunel and Epstein became very close friends and business associates. [21] In the mid-90s Jean-Luc Brunel moved to the United States in hopes of relaunching his career after the rape accusations at the end of 1988.[22] When Jeffrey Epstein bought his huge Parisian apartment on Avenue Foch in 2001, he consulted Jean-Luc Brunel. [23]

Jean-Luc Brunel, along with numerous young models, was a frequent passenger on Epstein’s private jet the Lolita Express, according to flight manifests Brunel visited Epstein at least 67 times during his 2011 house arrest. [24] Flight logs from Epstein’s private jet show that between 1998 and 2005, “Jean Luc Brunel,” a “Jean Luke” or “JLB” appeared 25 times, headed to destinations Epstein owns homes, including New York, Paris, Palm Beach, and the Virgin Islands. [25] Brunel also appeared on a June 27, 2002, flight log, listed with Amanda Ungaro, the future common-law wife of Paolo Zampolli. Only a handful of people, including Ghislane Maxwell, appear more times.[26]

In 2005, Jean-Luc Brunel founded the MC2 Model Management agency which Jeffrey Epstein invested $1 million, according to a 2010 deposition. [27] Epstein promised girls as young as 13, 14, and 15 a MC2 modeling contract in exchange for being raped by whichever acquaintance Epstein designated.[28] The girls were lured from South America, Europe, and the former Soviet Union, Jean-Luc Brunel's bookkeeper backed the allegations; he testified it wasn’t unusual for MC2 to send girls to an assignment with a wealthy client for $100,000 or more, but the girl wouldn’t be paid the full amount or anything at all if she refused to be raped. [29]

According to sources at MC2, Jean-Luc Brunel scours the world for un-agented and vulnerable young girls and operates mostly independently and with little oversight — even relative to the almost totally unregulated modeling industry itself. [30] Jean-Luc Brunel employed 200 to 300 “models'' at a time, most of them from 13 to 15 years old, and kept them in an apartment building owned by Jeffrey Epstein at East 66th Street in New York. [31] Jeffrey Epstein bragged that he 'procured' Nadia Marcinkova when she was 15, from the former Yugoslavia. [32] According to court documents Jean-Luc Brunel appeared to have an arrangement with the U.S. Government where he could get passports or other travel documents for young girls. Jean-Luc Brunel would lure women and girls ages 12 to 24 to the U.S. for sexual purposes and farm them out to his friends including Jeffrey Epstein. [33] In the mid-1990s Jeffrey Epstein had been posing as a talent agent for the lingerie brand Victoria's Secret which works closely with MC2. When confronted with this information, the mob linked, Les Wexner told the executives he would handle the "situation." Wexner's Victoria's Secret reportedly continued to work with Jean-Luc Brunel's MC2 Management long after it was accused of being used to supplying children to Jeffrey Epstein. [34] According to witnesses Brunel once bragged about paying to have three 12-year-old girls, believed to be sisters, flown in from France for one day as a gift to Jeffrey Epstein. [35] At one point Brunel offered Epstein two 8 year old girl. [36]

In 2010 the FBI allegedly investigated Jean-Luc Brunel and MC2 Model Management in connection to the Epstein case. The extent of that investigation is undisclosed. [37] A complaint filed (reported in 2010) stated that Epstein and Brunel “engaged in racketeering, luring minor children through MC2, mostly girls under 17,” and to force them into rape slavery [38] In 2019 Epstein was arrested and Burnel disappeared from public view shortly after Epstein’s death in a Manhattan prison. In December 2019 he told police he was available to help with their inquiries but made himself difficult to find.

In 2019, the French National Police opened an investigation into Jean-Luc Brunel after he went into hiding after the death of Jeffrey Epstein [39]; On December 17, 2020, Brunel was arrested at Paris-Charles-de-Gaulle airport , and placed in police custody in connection with the Epstein case and on charges of child rape and sexual assault, sexual harassment, and child rape slavery, while he was about to embark for Senegal. [40]