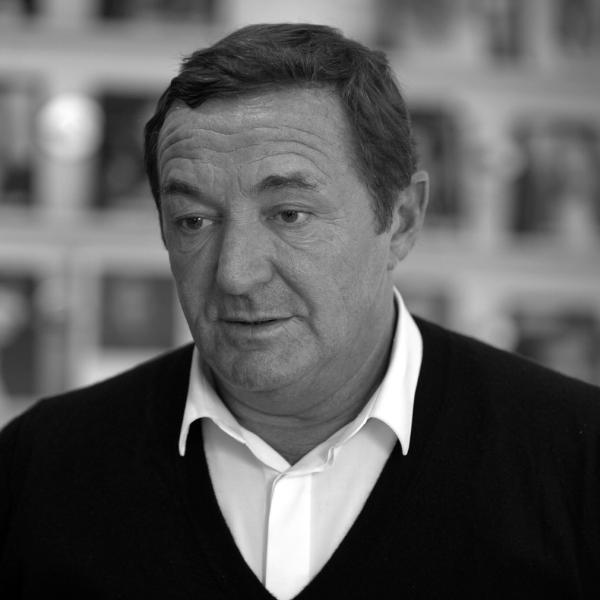 In the 1970s, Gérald Marie made his career as a modeling agent at Paris Planning agency, alongside François Lano. [1] Marie used his position to prey on girls and young women. He would bully them into having sex with him or rape them by drugging them or through force. According to the testimony the fashion photographer Jacques Silberstein, Gérald Marie's philosophy was that "if you want to work, then you have to f*** me". [2] The former model Laurie Marsden is one of the many victims who have come forward to say they were abused by Gérald Marie.[3] In 1982 when she was 19 and working for Paris Planning agency, Marie lured her to a house party in Paris by promising to ‘make her a star’, instead he sexually assaulted and attacked her outside of a bathroom. [4] According to his former business partner, Francesca Magugliani, “[Gérald Marie] is sordid. He hits the girls. He rapes them. He's taking cocaine.” [5]

Gérald Marie would groom families by offering them promises of success and wealth; he convinced parents that he would be a very safe guardian of their teenage daughters. The former model Wendy Walsh, who was raped by Gérald Marie while she was living in Paris, stated that Marie would then lure the girls to the south of France and Monaco. She confirmed that one of the reasons Gérald Marie had the ability to exploit the new models was the language barrier. “I didn’t meet one French model while I was there. We were chosen specifically because we didn’t understand the language, would be away from home, and didn’t know what the hell was going on. He had complete control.” Soon after her rape, Wendy Walsh was invited to a ‘glamorous’ trip to Monte Carlo, Monaco. However, a more successful model warned her that Monte Carlo was a world of wealthy men with their yachts and that unsuspecting models could end up being exploited. “Bad things happen there”. [6]

Other models were not able to receive such a warning. Jill Dodd who was raped by Gérald Marie and then lured to Monte Carlo, Monaco where she was sold by Paris Planning to Saudi weapons trafficker Adnan Khashoggi who paid to ‘meet her’. Dodd says she and her Paris Planning booker were invited to stay the night on Khashoggi yacht, and offered their pick from a closet full of couture gowns, “I was basically one of his harem wives for almost two years,”... “It wasn’t until the end of our relationship that I found out that he had paid to meet me,”... “I was chosen out of a bunch of pictures by Adnan.” One of Khashoggi’s assistants carried a portfolio of pictures of women and would go through the photographs, asking whom Khashoggi would like to meet, and discussed fees between $35,000 and $50,000. Khashoggi later admitted that he had paid Paris Planning in exchange for models. Dodd said,“It was all a front. I had been manipulated and used.” Other models also testified being trafficked by Paris Planning to other men some of which raped or sexually assaulted them. [7]

In the 1970s John Casablancas left for New York to declare war on the US model agencies Ford and Wilhelmina. [8] In the New York disco era nightclub scene, he brushed shoulders with organized crime and befriended future U.S. President Donald Trump. [9] By 1985 Casablancas and Gérald Marie had been acquainted and an alliance was made between the two. In 1986 Paris Planning merged with Elite Model Management. Marie became its European president. He ran the agency alongside Elite founder John Casablancas, who was based in New York; together, they helped launch the careers of Naomi Campbell (a Jeffrey Epstein associate in the late 90’s), Cindy Crawford, Helena Christensen, and others. In 1991, Elite had offices around the world, from Tokyo to London; he reportedly owned homes in Manhattan, Saint-Tropez, Ibiza, and Paris. [10]

Gérald Marie was also married to supermodel Linda Evangelista between 1987 and 1993. Evangelista praised Marie's victims and said she believed them, “During my relationship with Gérald Marie, I knew nothing of these sexual allegations against him, so I was unable to help these women,”. [11] The couple were guests at the final of the 1991 Look of the Year event, Elite’s annual international modelling contest, in New York. Evangelista joined Naomi Campbell to present a prize, while Gérald Marie sat and socialized with fellow judges John Casablancas and the future U.S. President Donald Trump in the audience. [12]

In 1991, a 15 year old girl Shawna Lee and finalist for Look of the Year was sent to Elite in Paris where she was invited to nightclub Les Bains Douches, a common stalking ground for predators like Gérald Marie, Jean-Luc Brunel, Roman Polanski, and Prince Albert of Monaco. After a night of partying Gérald Marie lured Shawna Lee to his apartment where he proceeded to rape her. When she attempted to come out about the rape, Marie threatened her and Elite staff encouraged her to sweep the situation under the rug. A Paris Elite scout groomed and also raped her and other models. The Paris Elite scout was a friend of Gérald Marie and told her that the two men had been competing over, “who was going to get your virginity”, according to Lee the unnamed Paris Elite scout was “kind of mad that he [Marie] got it first.” According to multiple models Gérald Marie and other Elite agents were raping and trafficking models; making money by sending models on trips where there was “no actual work”, or to parties with wealthy men who had no connection to the industry. [13]

In 1999, the BBC conducted an investigation into the sexual abuse and rape of models - many of which were children at the time - in certain agencies. The BBC reportedly filmed Gérald Marie confessing that he hoped to seduce the contestants at Elite Model Look (the new name for Look of the Year), as well as offering an undercover journalist money for sex. The former BBC journalist Lisa Brinkworth was sexually assaulted by Gérald Marie in a nightclub in October 1998, when she was posing undercover as a model. Marie was suspended from Elite; in an interview at the time, he said: “I’m destroyed… I’m finished.”

Soon after, Elite Model Management. launched a defamation suit against the BBC arguing that the report was “dishonestly edited” and stated that Gérald Marie had been set up. The case was settled in 2001 and the BBC was forced to apologize. The documentary film disappeared and Gérald Marie was reinstated, continuing to run Elite Model Look for many more years. Lisa Brinkworth was traumatized and is prevented from coming forward by an agreement between the BBC and Elite in 2001 following the defamation suit launched by Elite Model Management. Her lawyers hope this restriction on her speaking out can be a basis for bypassing the statute of limitations. [14] In 2004, Elite was forced into bankruptcy, splitting into two separate agencies, owned by different corporate entities, which still operate today. Marie continued to work for the New York division of Elite, Creative World Management, until 2011. [15]

In 2012, Marie joined Oui Management, a prestigious Paris agency whose models front Louis Vuitton campaigns and Vogue magazine covers. He remains an investor in Oui, which is registered in the UK. Although Marie has claimed he is retired, industry insiders who work with Oui Management say that until recently he had a “hands-on” role. Marie was accompanying models on castings with photographers as recently as last year. Marie’s LinkedIn page, which he recently deleted, had listed his responsibilities at the “thriving newcomer” agency as scouting for and managing talent. Oui Management claims Marie is not currently an employee. According to documents filed in August 2020 Marie continues to be a “person with significant control” over Oui Management Ltd. [16]

Gérald Marie under investigation in France